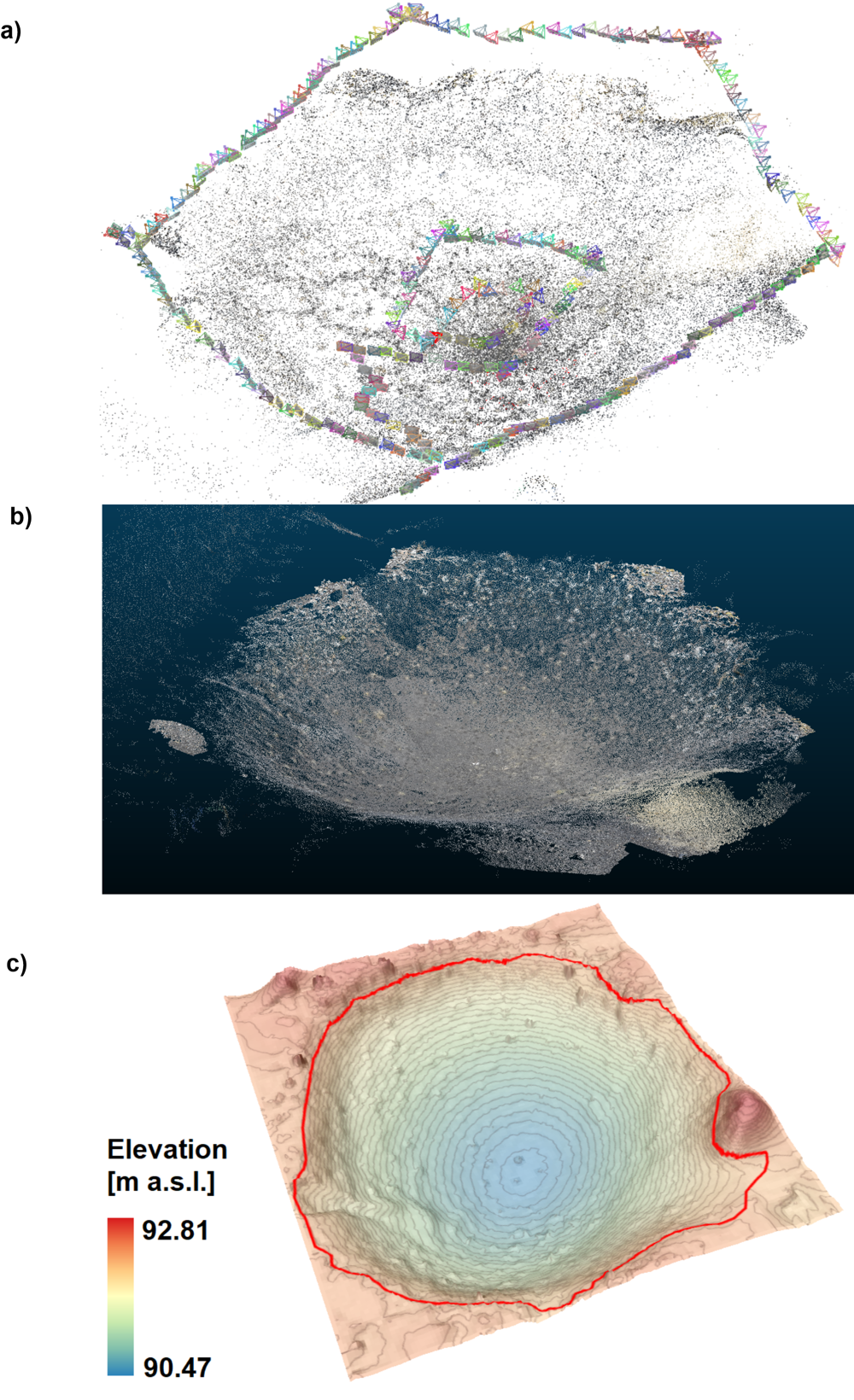 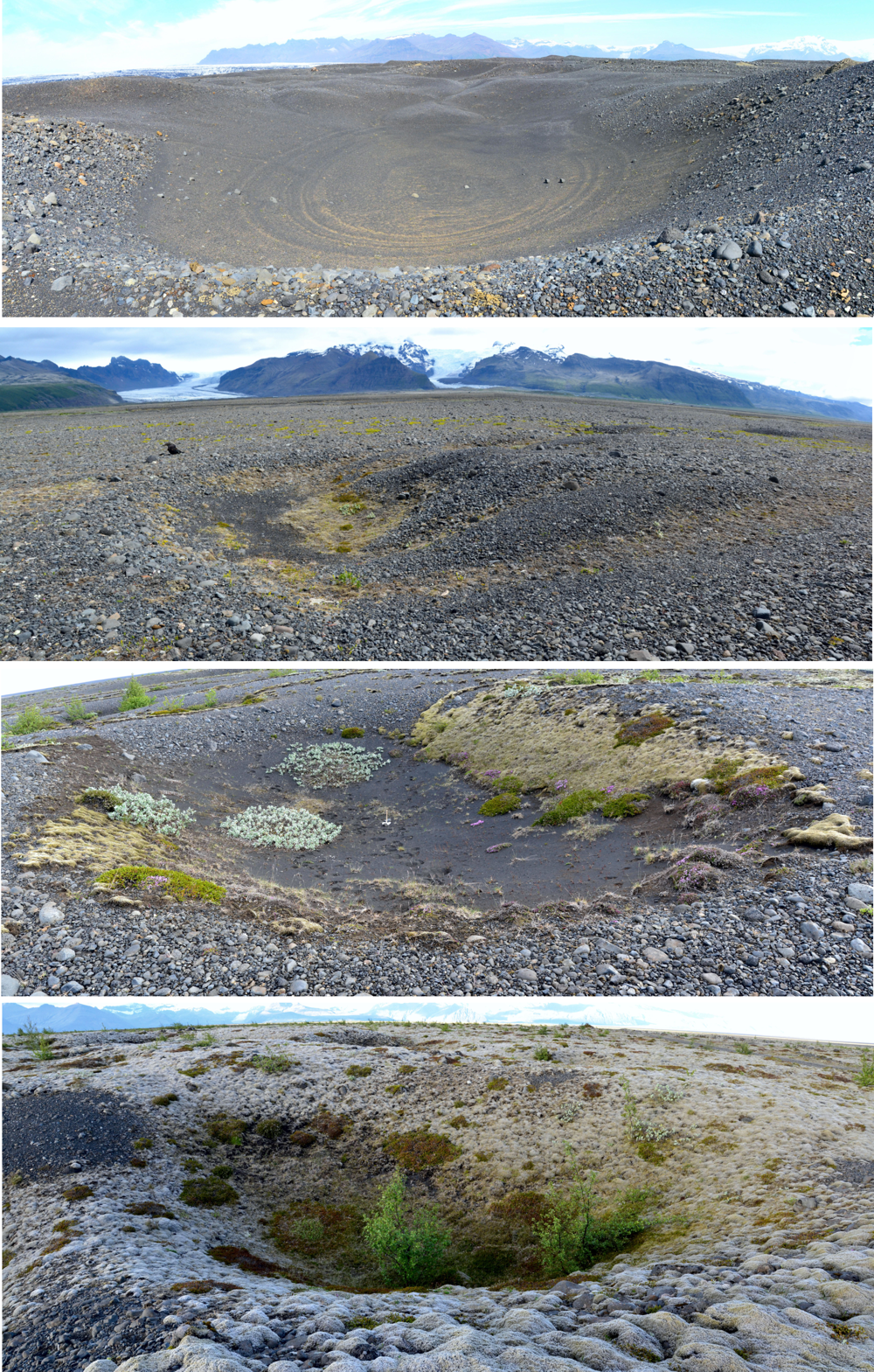 Examples of a kettle holes on Skeiðarársandur with different age and varying degrees of vegetation coverage (Photo: J. Szafraniec)

As part of the individual scientific activity of Dr Joanna E. Szafraniec and thanks to the support of the Center for Polar Studies, a research trip to Iceland took place at the end of June 2021, to the forefield of the Skeiðarárjökull glacier. The expedition aimed to set up a network of measuring points located in kettle holes. The local outwash plain is dotted with these landforms. They were formed after catastrophic glacial floods (jökulhlaup).

The results of the observations will be used to calculate the sedimentation rate and the role of plant succession in this process. Moreover, the research results will be used in the analysis of similar forms occurring in the Polish Lowlands. The established morphometric relations and the calculated sedimentation rate will allow us to determine the Polish landforms’ age and to present the scenario of Poland’s deglaciation at the end of the Pleistocene, i.e. under conditions of significant climate changes. The photogrammetric Structure from Motion (SfM) technique was also tested during the field studies to obtain a high-resolution digital elevation model of the tested landforms.

This website uses cookies to improve your experience while you navigate through the website. Out of these, the cookies that are categorized as necessary are stored on your browser as they are essential for the working of basic functionalities of the website. We also use third-party cookies that help us analyze and understand how you use this website. These cookies will be stored in your browser only with your consent. You also have the option to opt-out of these cookies. But opting out of some of these cookies may affect your browsing experience.
Necessary Always Enabled

Any cookies that may not be particularly necessary for the website to function and is used specifically to collect user personal data via analytics, ads, other embedded contents are termed as non-necessary cookies. It is mandatory to procure user consent prior to running these cookies on your website.