Under the Memorandum of Understanding between the Centre for Polar Studies, the Polish Polar Consortium and the International Arctic Science Committee, from January 2015 CSP hosts the Early Career Support section of the IASC Secretariat. 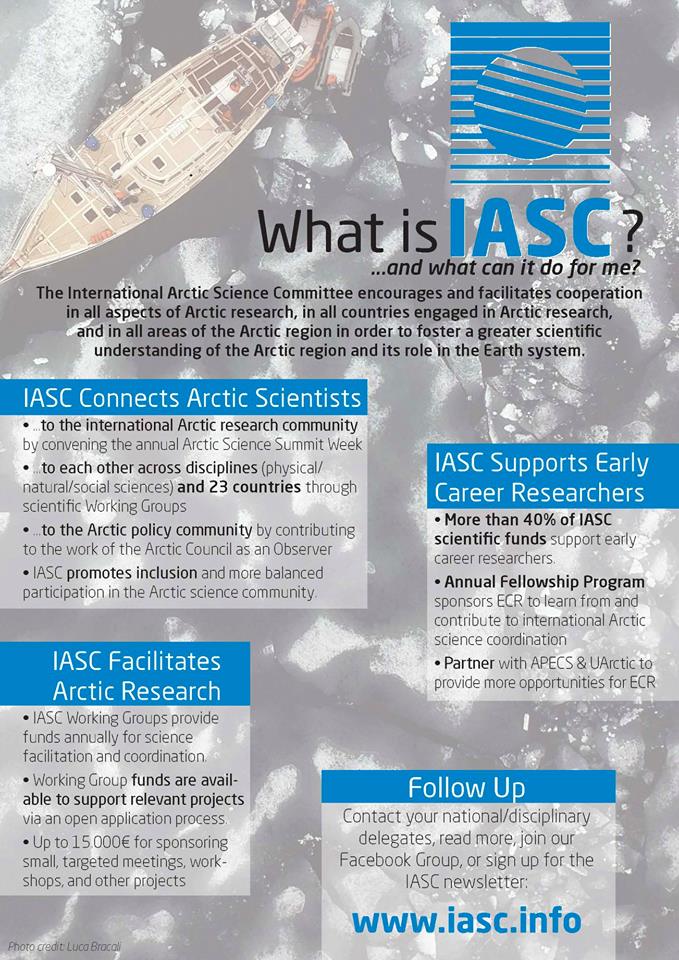 Detailed information about requirements and application process are available at the APECS website.
On-line application form is available at: https://goo.gl/forms/E3tJoBMbIFqp5Oy72.

For more information about the IASC Fellowship Program, visit http://iasc.info/capacity-building/fellowship.

The IASC Fellowship Program gained positive opinions during the recent IASC Review. The Review Committee proposed some actions in order to better use the potential of the program.

Below are the guidelines:

“There is general agreement that the IASC Fellowship system is working well, but some improvements are required to give IASC an even higher profile among Early Career Scientists. In part, this can be achieved through the development of a communications strategy to improve IASC’s visibility. Improved communication is entirely consistent with the recommendations of ICARP-III. The Review Committee recommends:

During the IASC Working Group Common Session, the newly elected Fellows officially started their term. During the following days of the ASSW, the Fellows participated in the meetings of their WGs, observed the IASC Council meeting and took part in numerous other seminars and meetings. 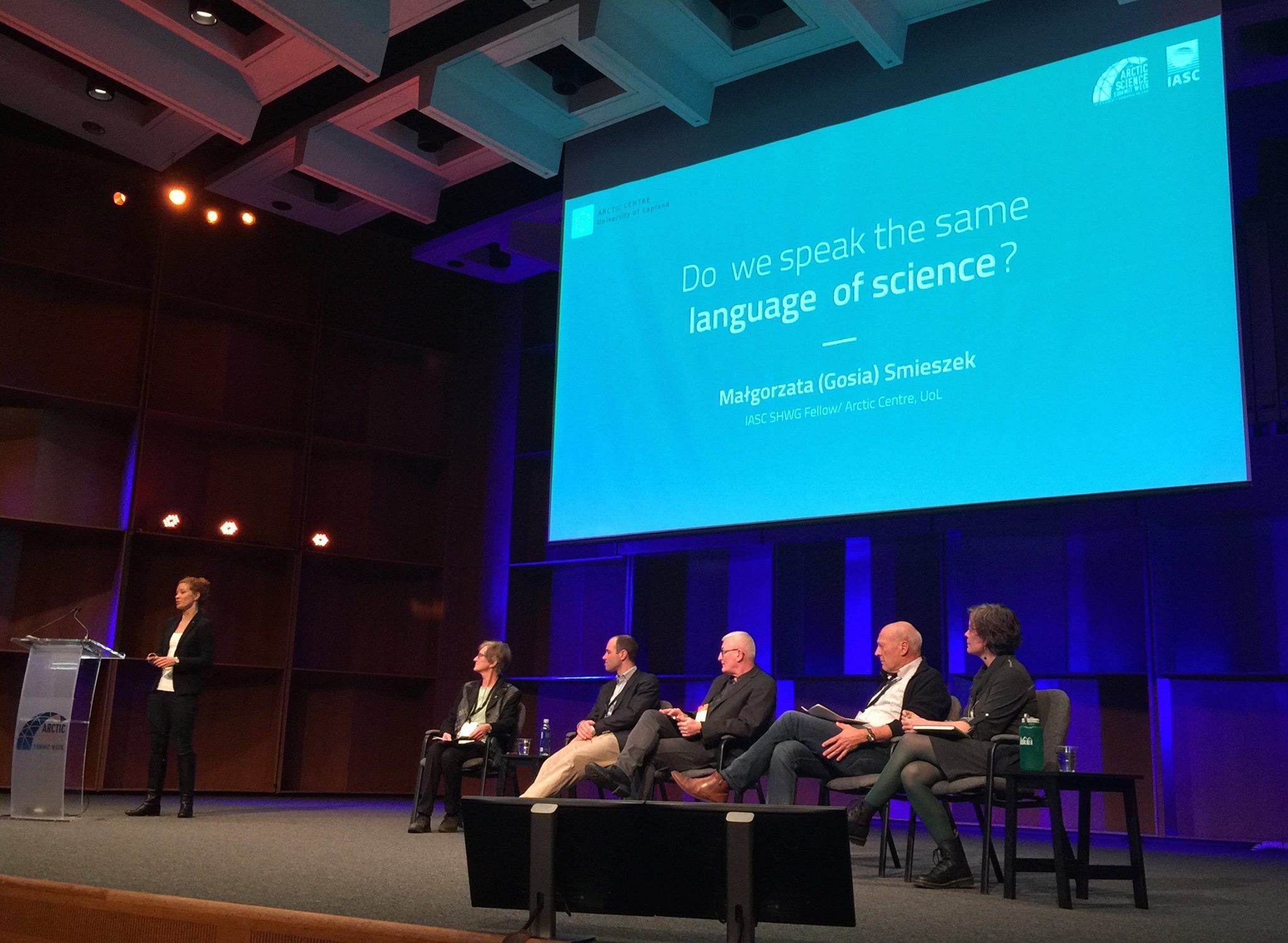 Małgorzata Śmieszek opens the symposium “Do we speak the same language of science”. Photo: IASC

The ‘older’ Fellows were actively involved in the organization of the ASSW 2016. E.g., Małgorzata Śmieszek proposed and coordinated a half-day symposium “Do we speak the same language of science?”. She chaired the session together with another Fellow, Josefine Lenz. The event proved very successfull and the organizers gained positive feedback from the panelists and from the audience. 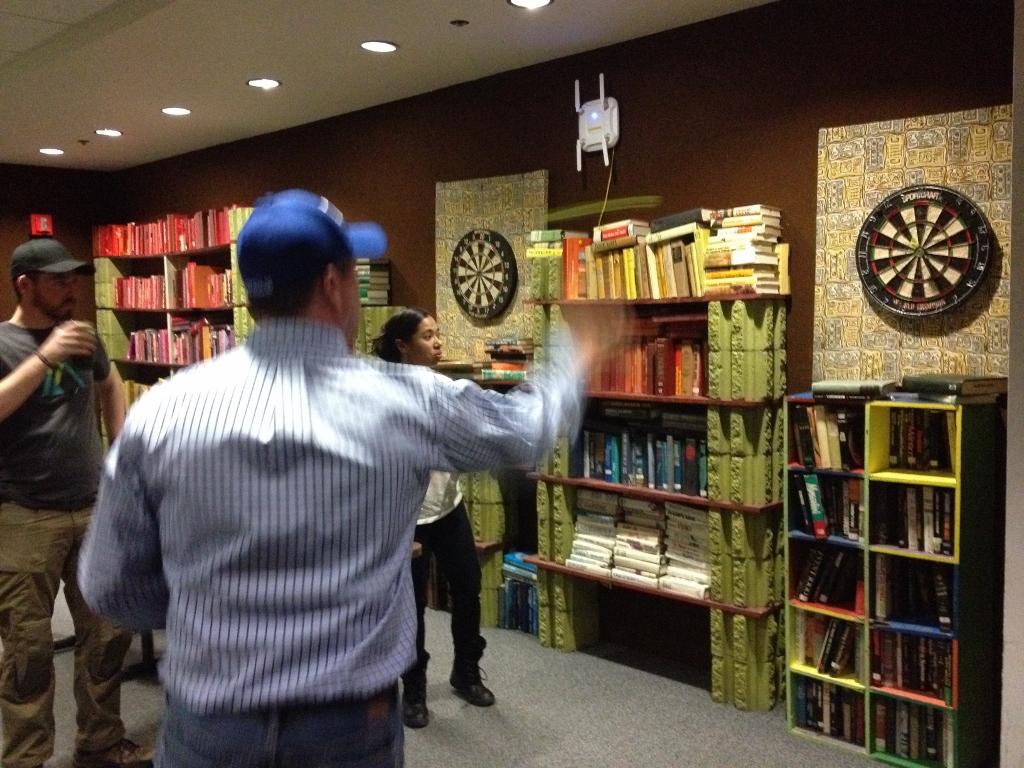 Despite the tight schedule, the Fellows met together and share their experience with younger collegues. They  even managed to find time for some non-scientific activities…

Congratulations to the new IASC Fellows!

During the application process of the 2016/2017 edition, we received 77 applications from 16 countries, including Poland.

The names of successful candidates will be announced by the end of the week.

Please send your applications to info@apecs.is.

New outline of the IASC Fellowship

Discussion about the Fellowship Program which started during the ASSW 2015 in Toyama, resulted in applying some modifications to the Program outline.

The main change concerned the duration of the fellowship. According to the new regulations, the total duration will be 1 + 2 years. After the first year, the Fellow, in cooperation with the Working Group leadership, may stay in the WG for up to two years. Financial support is provided only for the first year.

New regulations also give the WGChairs a stronger advisory voice during the selection process.

IASC Fellowship Program at the ASSW 2015

IASC Fellows actively participated in the Arctic Science Summit Week 2015 in Toyama: they assisted the Secretaries in taking minutes during the Working Group Meetings and contributed meritorically to the discussions. Many of them also presented their scientific projects during the conference part of the ASSW. The current state of the Program was presented by Małgorzata Śmieszek , the Social and Human WG Fellow, at the Working Group Common Meeting.

After a series of discucssions, the Fellows proposed modifications of the IASC Fellowship Program Terms of Reference. The proposal is being consulted by the Working Group Leaderships.

Maja Lisowska, coordinator of the Program, presented its outline  during the APECS workshop. 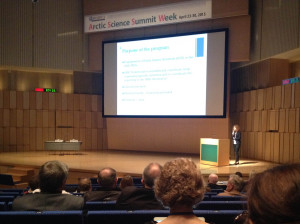 For the second edition of the IASC Fellowship Program, 95 applications from 17 countries were sent. The applications were reviewed by the Association of Polar Early Career Scientists (APECS), in cooperation with IASC Secretariat.

One Fellow per a Working Group, in total 5 persons, were selected. The list of all the Fellows is available here.

This website uses cookies to improve your experience while you navigate through the website. Out of these, the cookies that are categorized as necessary are stored on your browser as they are essential for the working of basic functionalities of the website. We also use third-party cookies that help us analyze and understand how you use this website. These cookies will be stored in your browser only with your consent. You also have the option to opt-out of these cookies. But opting out of some of these cookies may affect your browsing experience.
Necessary Always Enabled

Any cookies that may not be particularly necessary for the website to function and is used specifically to collect user personal data via analytics, ads, other embedded contents are termed as non-necessary cookies. It is mandatory to procure user consent prior to running these cookies on your website.